Discover the most famous ballets in history that changed the art – and dance – forever.

Whether classic, neoclassical, or contemporary, ballet offers a unique and complete art experience. The dance, admired all over the world, takes what is most human and primordial, the body, to be the protagonist of narratives that move the audience.

In addition to technical perfection, being a dancer requires essence and delivery from the first steps. One of the greatest sources of genuine inspiration is the trajectories of the great names of ballets who have over the centuries changed the art of dance. They dared and persevered, each in their way and time, and are symbols of talent combined with sensitivity.

Do you want to get to know them better? In this article, we'll see 10 of the most famous ballet dancers that changed what dance really is.

Famous Ballet Dancers You Need to Know About

If you're new to ballet – or dance in general – these 10 famous ballets should be on your “must watch” list:

Anna Pavlova was born in Saint Petersburg, Russia, in 1881. An exponent of classical ballet, she was known for her extraordinary talent and intense interpretations. Of poor and peasant origin, it took a lot of determination to achieve her dream of being a ballerina, which started when she watched the show “Sleeping Beauty” as a gift for her 8th birthday.

Rejected by the Imperial Ballet School of St. Petersburg for her young age and short stature, Pavlova did not give up. And, at 10, she managed to start her training, which she finished at 18. After joining the ballet body of the Russian Imperial Ballet in St. Petersburg, she quickly stood out and, in 1906, became a prima ballerina.

Owner of a delicate and graceful figure, who made a counterpoint to the compact and muscular body valued by the dance at the time, Anna contributed to a real renewal in the world of ballet. Sadly, she died at the age of 50, at the height of her fame, due to pneumonia.

Maurice-Jean Berger, better known under the name of Maurice Béjart (Béjart, name coming from Molière's wife), is certainly one of the most famous French choreographers among dancers.

Born in 1927 in Marseille, nothing predestined this man to become a dancer and then a choreographer. Indeed, it is only under the advice of a doctor, telling him of his weak constitution, that he decides to enter this world, to put on a dance outfit.

Thus at the age of fourteen, eight years after the death of his mother, he entered the Marseille opera, then the Paris opera in 1946. There he took intensive dance lessons under the teachings of Rose Sarkissian, Lioubov Egorova, and Léo Staats.

Then began his beginnings in choreography. In fact, in 1951 he created his first ballet, L'Inconnu, in collaboration with Birgit Cullberg, Swedish choreographer and dancer. In 1959, he left France to settle in Brussels, Belgium, and created his most famous choreography: The Rite of Spring, at The Royal Theatre of La Monnaie. He stayed there for many years and launched the 20th Century Ballet.

In 1970, he founded the Mudra School in Brussels, allowing young talents to perfect themselves in dance. Likewise, this school has made it possible to train many choreographers and dancers recognized in the world of contemporary dance.

Even though he graduated in Philosophy, it was in dancing that Béjart found himself.

After investing in his training in classical ballet in London and Paris and dancing with renowned companies, he felt the need to create choreographies that he considered more expressive.

Thus, he signed the first of them for the Swedish film “The Firebird” (1952), being also the main interpreter. Contested and with a spirit of innovation, Béjart believed that ballet should not be separated from the masses. Then, throughout his life, he worked to combine a human and sensual atmosphere with the sacred aura of dance.

Creator of more than 140 choreographies, Béjart died at the age of 80, leaving a memorable legacy and many admirers.

Watch one of his landmark performances below:

Her background includes the Royal Ballet of London and, later, the Grand Ballet of Marquis Cuevas, in which she acted as a soloist. In the 1960s, she began a partnership with South African choreographer John Cranko at the Ballet in Stuttgart. Together, they created outstanding shows, such as “The Tamed Megara” and “Romeo and Juliet”.

After Cranko died in 1973, Márcia took over the company, but she continued to dance and inspire other choreographers – among them Maurice Béjart and John Neumeier – besides being known as one of Baryshnikov's favorite partners. She is currently the director of Ballet de Santiago, in Chile. 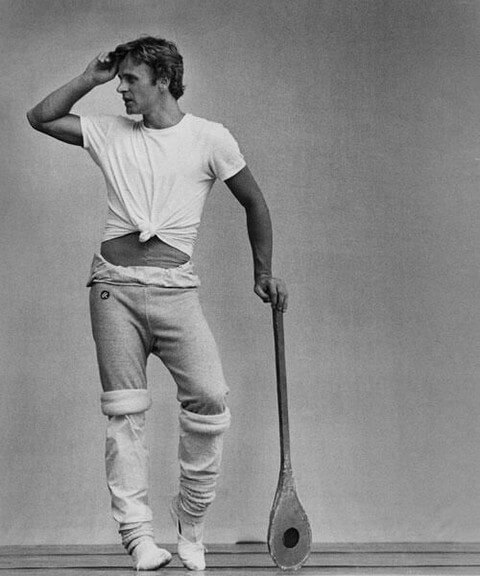 He was born in 1948, in Riga, in the then Soviet Union. The son of a Stalinist official, he had to face resistance from the family when he stated his desire to join the Kirov Ballet. Even amid the Cold War polarization, he was defined by The New York Times critic as the most perfect dancer he had ever seen.

Uncomfortable with the secondary roles that traditional Russian ballet gave him due to his short stature, Mikhail became part of the American Ballet Theater, in the 70s, being the main dancer and following the contemporary style.

Later, he also became the company's artistic director. For his participation in the film “Turning Point”, he competed for the Oscar for Best Supporting Actor in 1977. With a stint at the New York City Ballet, he became an American citizen.

Born in Kyiv, Ukraine, in 1888, Nijinsky was considered a dancer with a strong and controversial personality. His first prominent role would come at the age of 18, in the interpretation of Le Pavillon d'Armide.

Over the years, Vaslav Nijinsky became known for his impeccable technique, in addition to his incomparable lightness in heels. Soon after, he was introduced to the ballet director Sergei Diaghilev, one of the men responsible for the revolution of Russian ballet and who had in his team, Anna Pavlova.

It was Diaghilev who transformed Nijinsky's life. But both went through a professional and personal relationship that mixed love and hate. Outside the stage, the dancer was calm and even with a fragile personality. But in the spotlight, it conveyed relentless security. This made him bring the male figure to the same importance as women in ballet.

Under Diaghilev's command, Nikinsky was an exclusive dancer for his company, Ballet Russes, where he lived the height of his career when dancing classics such as The Firebird, Petrushka, The Blue God, Narcissus and the Spectrum of the Rose.

Born in New York, United States, Martha Graham was considered a dancer ahead of her time. She was responsible for strongly contributing to the change in ballet worldwide, as she had the opinion that this type of dance, so far, superficially expressed feelings. She sought to bring more passion and intensity to the movements in her dance.

Observing this difference between what was in the ballet there and what she expected, Martha created her own dance company. There, she was one of those responsible for inspiring renowned dancers and actors, such as Alvin Ailey, Paul Taylor, and Merce Cunningham.

Misty Copeland is part of the history of current ballet. Recently, the American Ballet Theater, one of the great ballet companies in the United States, placed her as one of the first ballet dancers in the group. This gave her the title of the first black dancer in history to conquer this space.

Born in the state of Kansas, Misty started late by area standards – at the age of 13, she took her first ballet class. At 17, he was part of the American Ballet Theater dancers and, soon after, became a soloist with the same company.

Misty is one of the great dancers of today and already has an autobiography book and a documentary that tells her story. In 2015, the dancer was nominated as one of the 100 most influential people by Time magazine. 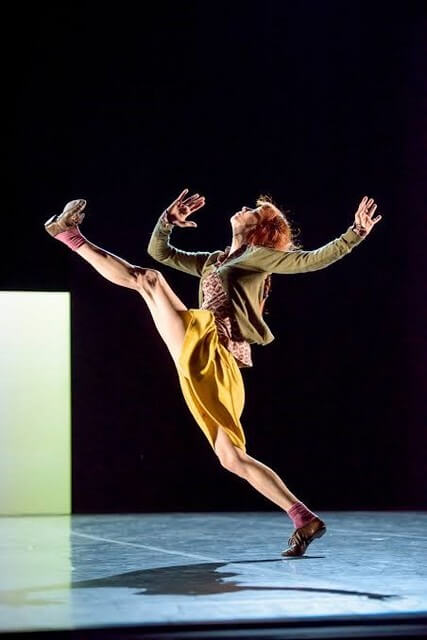 Born in Paris in 1965, Sylvie Guillem did rhythmic gymnastics until she was 11 years old when she switched from sport to ballet. She was invited to join the Paris Opera where the school principal recognized her differential and potential as a dancer, joining the local ballet corps. Later, Guillem was part of the prestigious Royal Ballet, where she was the main dancer.

In 2001, Guillem won the Nijinsky Awards, considered the Oscar of the dancers, which awarded her the title of the best dancer in the world. In 2006, the dancer changed her focus and moved to contemporary dance, where she was an associate artist for the group, Sadler's Wells Theater in London.

In 2015, Guillem performed for the last time on stage, saying goodbye in the solo show Life in Progress, which toured countries like Austria and Japan, marking the end of the career of one of the most famous ballets in the world.

Marion Motin is a dancer-choreographer born May 26, 1981, in Lower Normandy. She admits that during her childhood, she was a little girl full of energy. She loves music, moving in rhythm but isolating herself from others in her bubble. His mother finds the perfect solution to this problem. Marion puts on her first pair of ballet shoes at a very young age, at the age of three.

She perseveres in this area but does not find a way to fully express her temperament. With the classic, she admitted that was bored as she was already too round so had to put a belt around her belly. Deeming herself too “paupiette”, she finds in contemporary dance and hip-hop another way of moving, in line with her body and her state of mind.

Her determination and morale are reinforced by contact with this very masculine street hip-hop environment. Castings and projects follow one another and the opportunity to participate in large-scale events does not take long to come. We notice in particular her presence on stage with Mr. Pokora, Shy'm, and even Madonna.

In 2013, she met singer Stromae, who seeks to surround himself with creators involved in the realization of the choreography for the clip Papaoutai. Marion Motin is distinguished by a gesture that makes sense with the power to communicate an idea in accordance with the words.

Other collaborations for other clips follow. For example, the music of Christine and the Queens is inseparable from the now cult choreography performed by Marion. This expressiveness interests many artists.

Akram Khan is a British Bangladeshi dancer and one of the most famous ballets of this generation. His new creation “Outwitting the Devil” was presented at the City Theatre, Paris, from September 11 to 20, 2019.

He touches us, regardless of our culture, with his contemporary dance and with this ritual that evokes memories as well as the future. With six dancers from multiple cultures and styles, each of them bringing an identity, he uses as a common thread, a fragment that was recently discovered by archaeologists. It dates from the Babylonian and Gilgamesh times.

This fragment testifies to the destruction of a vast cedar forest, the beauty of which had yet overwhelmed Gilgamesh and Enkidu. This old story recalls the devastation of our ecosystems. The work makes us think that destroying is part of man's nature, that destruction is his destiny.

Akram Khan gives us a post-apocalyptic vision, invoking our collective memory of myths and the loss of our rich and fragile ecosystem.

Thanks to his dancers who are very simply dressed, shirtless, and in tight pants, he shows us the bodies in motion. We see the importance of dance clothes in this kind of choreography. Thanks to the flesh colors of their dance outfits, the authenticity of the body and the movement is highlighted.

The Nutcracker, Swan Lake, Romeo and Juliet, Giselle, etc., so many classical dance ballets known to all. The mythical dances, the spectacular choreographies, all as timeless as each other and that many girls would like to star in.

But what would these dances be without the famous ballets behind them? These legends have not only revolutionized the concept of ballet, but dance in general.