There are several ways to shape sounds in music production, including EQ, saturation, and sometimes even compression. Another favorite tool, for most, are filters.

Nowadays, there are plenty of VST plugins with built-in filter options, but that isn’t to say standalone filter modules don’t also have their place.

In this guide, we look at the best free filter VST plugins you can use to create sweeps, filter out frequencies, clean up mixes, and more.

Modulation may not be a go-to for producers, drummers, and bassists. But let me tell you – it’s well-used by guitarists and keyboard / synth players.

With chorus, phaser, and flange being the three basic types of modulation, these effects can offer subtle doubling, robotic warble, and a variety of other types of oscillating movement to tracks.

Here we’ll be looking at the best free flanger VST plugins – a great effect to add to any track you want to create more sonic interest in.

While some electronic instruments (like certain keyboards and synths) don’t require tuning, there are many others that need regular and ongoing maintenance (like guitar or bass), or at least once per year (piano).

Now, it’s unlikely you’ll be tuning a piano yourself, but tuners can come to rescue in a variety of situations, whether it’s tuning up your guitar before laying down a track yourself or making sure your client’s violin is in tune.

In this guide, we’ll be looking at the best free tuner VST plugins.

The sound of tubular bells or chimes, organic or synthesized, are a thing of beauty.

They can add a lot of character in the upper register of your mix, enhancing your tracks with a playful, mysterious, or even emotional quality.

In this guide, we look at the best free bell VST plugins.

The FL Studio = electronic music association is quite strong. Given its compatibility with third-party AU, VST2, and VST3 plugins, though, there’s plenty of room to extend its functionality, even into other musical styles and genres.

Whether you’re looking for more soft synths, a breathtaking reverb, or a crunchy saturation, there are many freebies you can take advantage of to enhance your projects.

In this guide, we look at the best free plugins for FL Studio.

Cakewalk has VST3 support. What does that mean? It means you can use just about whatever VST plugin you want with it.

So, here are the best free VST plugins for Cakewalk.

From orchestral music to funk, the trumpet is a versatile, powerful, and bright sounding instrument, perfect for solos, melodies, accompaniment, rhythmic stabs, and more.

Regardless of genre or tempo, the trumpet is adaptive enough for most musical styles and contexts.

In this guide, we look at the best free trumpet VST plugins you can use in your own projects.

From making a voice sound higher or lower to changing its “gender,” pitch shifters are all the rage nowadays, especially in pop music.

Chances are your DAW has a stock, built-in pitch shifter already. Of course, it’s probably a little limited in its functionality. If you’re going to be pitch shifting anyway, you’re probably going to enjoy additional functionality.

Well, you’re in luck, because in this guide we cover the best free pitch shifter VST plugins.

If you want to make great hip-hop beats, you’ve got to have the right tools for the job. Stands to reason, right?

And if you’ve been hearing rumors that “sometimes the free stuff is just as good as the paid stuff,” well, you’re not too far off. There are some great free VST plugins out there, especially if you know where to look.

In this guide, we look at the best free VST plugins for hip hop. 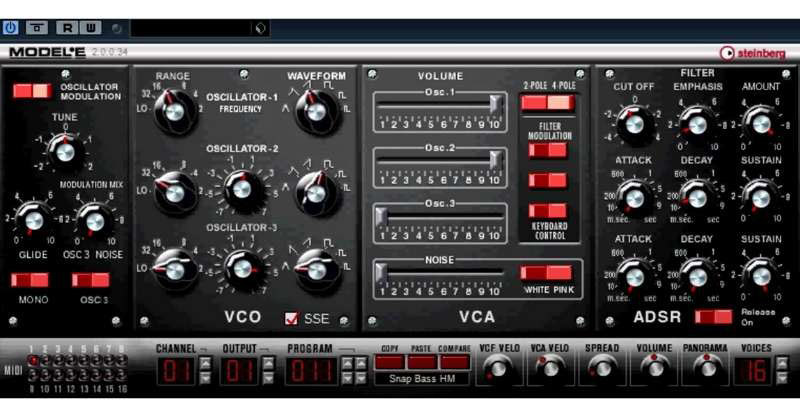 A synthesizer, often referred to as a synth, is an instrument that plays similarly to a piano, but uses electronic technology. This hybrid allowed anyone who could play a piano to manipulate the sound using LFOs, envelopes, oscillators amongst other effects. Although synths have been around since 1955, the use of them really took off in the 1980s when the technology developed further and more artists began experimenting with them.

Recently, these analog sounds from earlier synth models have been highly sought after the emergence of synthwave and lo-fi music. Unfortunately, many of these old school synths aren’t mass produced anymore, making them expensive to get a hold of.

But never fear, thanks to the rapid advancement of digital music technology, it’s possible to acquire virtual instruments that emulate the sounds and appearance of these machines. But best of all, many of them are free! So let’s take a look at some of the best retro synth VSTs available today.