The Renaissance period changed our culture fundamentally, but its impact on music was even bigger – as this list of famous renaissance composers shows.

The Renaissance period is generally classified to have taken place between 1400 and 1600. These 200 years were an incredible period in human history and advancement. It was a very vibrant period in which plenty of things happened that still have repercussions down to our day. Just consider some of the things that occurred in this period.

During this time, legends like Leonardo da Vinci, Raphael, Titian, Botticelli, and Michelangelo were creating some of the most iconic and revered works of art. There were wars for supremacy among the nations of the age, like the War of Roses. Religion also had a drastic upheaval with the Protestant Reformation in full swing. Besides all of these, Renaissance composers were also making compositions that affect classical music that is enjoyed today.

In this post, we will discuss about ten of the most famous renaissance composers. You will certainly gain even more appreciation for these musical geniuses after reading about of top choices.

Everyone knows Mozart and Beethoven, but dial back a couple of centuries and music was radically different.

Let's look at some of the most famous renaissance composers from this period. 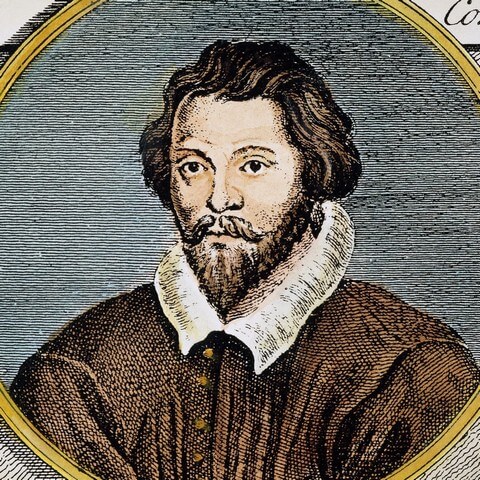 The Englishman William Byrd was born in 1543 and died as one of the most iconic and famous Renaissance composers known. There is plenty of evidence, even today, that attests to the larger-than-life reputation of this man. He is arguably the greatest English composer of all ages. His works run into the hundreds, with this genius creating music across almost every style of music that existed in the Renaissance period. From Motets to Masses, you will find all forms of Renaissance music created by him.

While Palestrina and de Lassus ( we will talk about these geniuses later) produced extensive works as well, they do not rival the sheer volume of work put out by William Byrd. He learned at the feet of Thomas Tallis and his works reveal the Tallis's influence. Just like his teacher, he was a gentleman of the Chapel Royal and was a favorite of the monarch of his age.

Aside from his famous choral achievements, William is regarded as the first composer to truly master the keyboard, and testament of his impeccable genius is found in many of his works especially the ‘Parthenia', and his contribution to the ‘Fantasia'.

Check out one of Byrd's most famous – and lasting – pieces, Mass For 4 Voices: 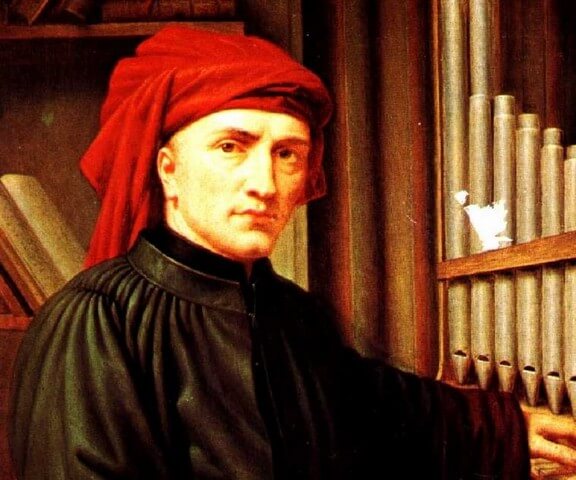 The next on our list of the most famous composers of the Renaissance is Josquin Des Prez. Although he is mostly known by his first name, Des Prez's works are seen as some of the best and most expressive forms of music from the Renaissance. Before his death in 1521, arguably no other composer was as revered or sought-after as much as Josquin.

He was popular for his impressive range. Aside from the regular classical music common among his contemporaries, Josquin brought a breath of fresh air to the scene through his combination of the contemporary styles of music of that time. Listening to Josquin's composition was revered and many notable figures of the time were simply enthralled by his music. A particular strength of his was the ability to convey thoughts and emotions from the sheet to music. His music wasn't relegated to just the secular front but also found its way to sacred institutions.

Although he does not have as many works (documented works), as much as William Bryd, he is one of the most iconic composers. Today, you can still listen to his compositions in chansons and masses. 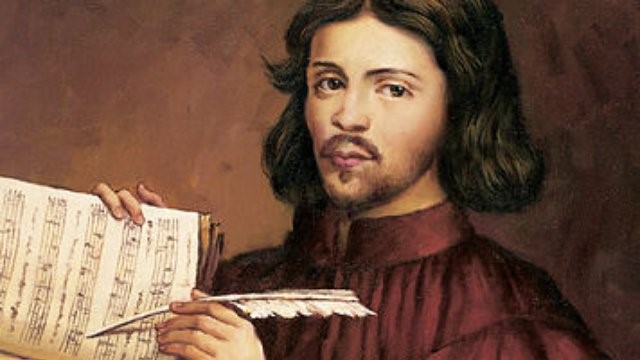 The third composer on this list is no other than THE Thomas Tallis. We have come across him earlier in this post. He was one of those that taught William Bryd, and he certainly influenced the latter's music. Born in 1510, Tallis is certainly one of the most popular composers of all time and his influence and music still resonate down to this day.

There isn't plenty of information about his formative years, but it is believed that as with many composers, he began as a singer.

Tallis is widely considered to be one of the best early composers for the Church, and a testament to his genius and influence is seen in his longevity. He remarkably served under four English monarchs and was viewed in high esteem by all of them. He gained the most popularity and influence under the rule of Queen Elizabeth the First.

Of all his works, perhaps the most popular is Spem In Alium. This wonderful composition is designed to be sung by eight choirs with each one having five voices. Although he was a versatile composer, most of his songs are English anthems and for Latin Motets. 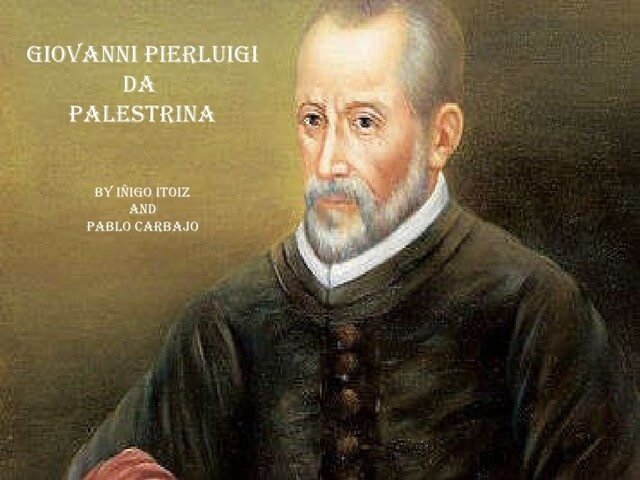 With hundreds of verified, published works, this Italian composer rivals the Englishman William Bryd in the sheer volume of work. He, more than any other composer, represents the Roman School of musical composition. And to that end, his works greatly influenced the music of the Catholic Church.

Listening to his compositions today, it is clear that nobody of the era had his mastery of melody and the counterpoint. With impressive and harmonized voicing, his music is beautiful, pure, and transparent. His compositions are composed of Hymns, Masses, Madrigals, and Motets.

One of his best compositions is the Missa Aeterna Christi munera. This motet shows Palestrina at his best and is a beautiful, harmonized composition that manages transparency that embodies the Renaissance. 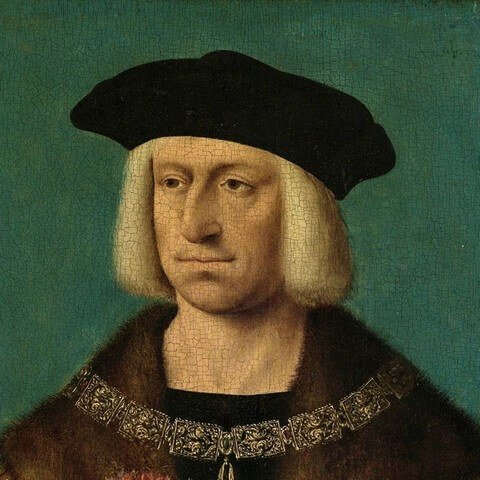 If you love the styles of Josquin, then chances are that you'll love the works of Pierre de La Rue. Although he isn't as critically acclaimed as Josquin (who is, after all?), this composer was one of the most prolific and versatile composers of the age. Alike Josquin, Pierre made many compositions that encompass different styles of music.

Although a very versatile composer, the entire collection of his known works is made of just vocal music. This doesn't detract from his legend as these compositions are some of the best vocal compositions of the age. His unique style of voicing focuses on the low voice types, and his most revered composition, ‘the Requiem' is built on the lower voices.

Aside from his perchance for Cs and B-flats, La Rue's compositions also favor long flowing melodies and rhythmic patterns. Whether taken individually or collectively, there is no doubting the genius of this composer.

As one of the more recognizable names on this list, La Rue's compositions still remain popular. Hear this track – most likely, you've heard it in passing before: 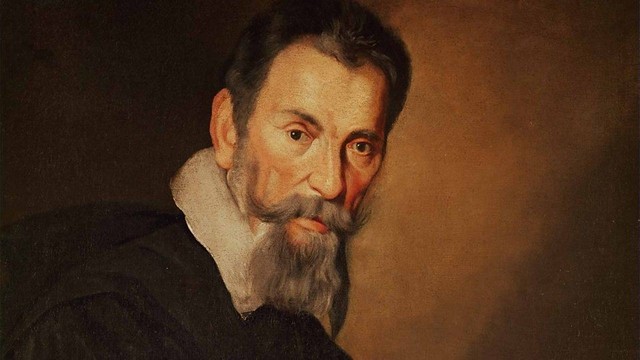 Well. Monteverdi linked these two periods in the ‘Orfeo', which holds the distinction as the first dramatic opera. This unique composition certainly affixed Monteverdi's place in the annals of classical music.

Aside from his work as a composer, Monteverdi was also known as a choirmaster and string player. Today, he is considered to be the father of the combination of Baroque and Renaissance compositions. His early beginnings as a composer had him making nine madrigals that revolutionized the thinking of what a compositional style ought to be. In fact, his eighth book, the ‘ Ottavo Libro' contains what is widely regarded to be the perfect madrigal. 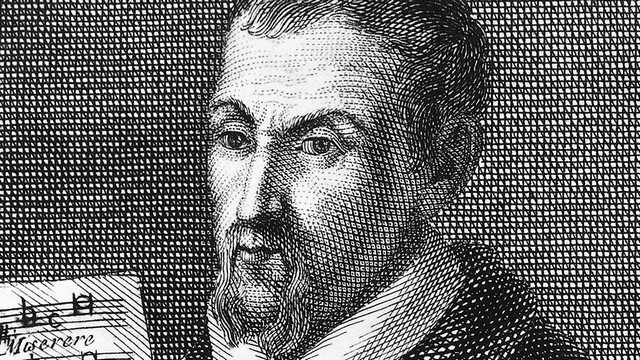 His masterpiece, the ‘Miserere ‘ is one of the most iconic pieces of Renaissance composition known today. Aside from the regular compositions of the age, some of the best composers favored vocal compositions, and Allegri is no exception. In fact, most of his compositions heavily feature vocal works. The masterpiece Miserere is an excellent example of this.

His work might not be as popular as some of those from the others on this list, but it has reportedly birthed some exceptional music of our time. One of the more popular stories is that the Miserere was heard by Mozart at the Sistine Chapel and so impressed him that he notated it the very first time that he heard it. Whether the story is factual or not, this works of Allegri remain, down to this day, some of the most stunning and exquisite compositions from the Renaissance era.

Allegri wrote one of the most well-known pieces of Renaissance music, Miserere Mei.

There were several composers in the Renaissance, but another that stood out from the others was Orlando de Lassus. His exact origins are unknown, with some saying that he came from the Netherlands while others claim that he was a Franco-Flemish composer.

Whatever his origins, what can never be disputed is the quality of his work. Just like some of the best composers, for example, Palestrina, he was a late Renaissance composer. His works are praised for the smooth, multi-phonic style that set him apart from the rest.

With a focus on motets, de Lassus' compositions had a combination of the French style of text setting, the Italian melody that so appealed to many of the age, and the northern polyphonic style. This combination made his sounds unique and praised even until now.

He is credited with more than 2000 compositions for different styles of the time ranging from German to Latin, French, and even English genres. With his record and prolific genius, he remains one of the best and most versatile composers of the Renaissance. 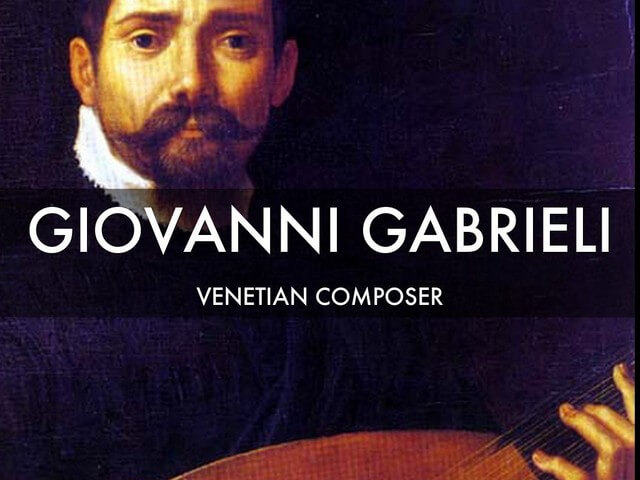 The ninth most famous composer of the Renaissance period is yet another composer that serves as a link between the Baroque period and the Renaissance. Baroque music is known for its impressive innovation as more composers fiddles with instruments. Today, Baroque music is one of the most appealing vestiges of 17th-century music today. Giovanni Gabrieli, an Italian composer, just like Monteverdi, served as a bridge between the two different periods.

Unlike Monteverdi, though, Giovanni focused his compositions on sacred works, which is possibly why his compositions sound ethereal. An example of this is found in the composition based on the unique layout of the San Marco Basilica in Rome. With a study of this sacred work, he created some of the most stunning musical effects of this time.

Aside from his focus on sacred works, another thing that set him apart from the rest of those that came after was that he mastered and engineered the use of the antiphone. The Antiphone should be known to you if you love classical music. It is a choir that is first heard on the left and responded to from the choir on the right. Instead of the choir, some have replaced this with instruments, either way, this type of composition owes its origins to Giovanni Gabrieli. 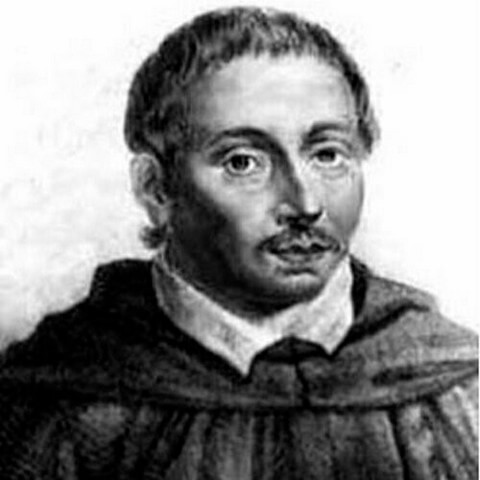 The last but not the least of the Renaissance composers is Giulio Caccini. He is also known as Giulio Romano and he is notable for his works in the late Renaissance and early Baroque eras. A versatile person, Romano was not just a composer, but also a singer and instrumentalist.

Along with a few others, particularly Monteverdi, he is regarded as one of the originators of the opera genres.

Part of his impressive repertoire includes the music that he composed for three operas. His main love was monody and solos that were accompanied by the harp. It was this perchance that got him into the limelight and regarded as one of the best composers of his time. He also composed madrigals with little repetitions.

So there you have it, the best composers of the Renaissance period! Considering the times they lived and that their music still affects classical music today, they certainly deserve plenty of recognition. These famous Reanissance composers created ground-breaking musical ideas that opened the eye of many to the many wonders of music.