In this post, we will consider some of the most legendary country music instruments of all time. Here, we will review ten of the best and most iconic instruments from folk music down to bluegrass music and more! 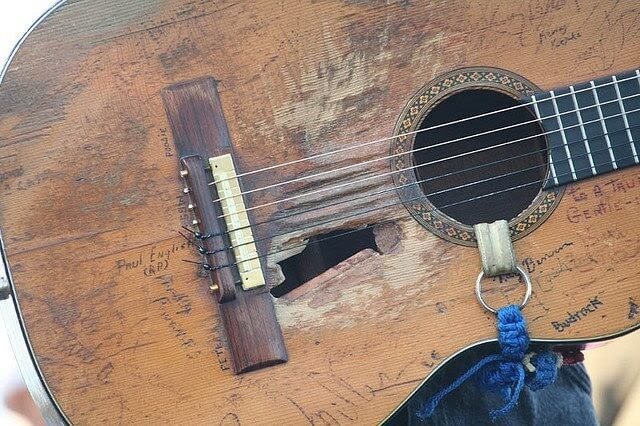 The first of our roundup is Trigger! Trigger, as you might know, is the guitar played by the immensely popular Nelson Martin. Aside from his incredible music, Nelson is also known for his braids, and among instrumental aficionados, his guitar ‘Trigger'.

Trigger was named after Roy Rodger's horse, and certainly was a kind of talisman for Nelson throughout his career.

The guitar has a rich history. At Floors's Country Store in Texas, a drunk man broke Nelson's pickup. However, Nelson was quite attached to the pickup, and instead of discarding it, hired a luthier to transfer the broken pickup to a new guitar in Nashville.

This new pickup elevated an already great musician. To date, the classic sound from Trigger is unmistakable and the sound is a defining feature of the outlaw-country genre that Nelson is so famous for.

So attached did Nelson become to Trigger that when he suffered a house fire in later years, this pickup was literally the only thing that he saved from his burning home.

In addition, when Nelson had money problems and the Taxman (IRS) came calling; Nelson hid Trigger away for a while so that they couldn't lay their hands on what had now become a storied and rather expensive instrument.

Trigger is very much as part of country music as its owner today, and this is seen from the dozen of signatures from musicians that lie on the body.

The Bristol sessions birthed not just Jimmie Rodger and the Carter Family but also marked the start of the first recorded and commercially successful country music recordings ever. Therefore, if you are looking for the instrument that began commercial American country music as it is today, you have to consider Martin 00-18.

The first two instruments that we have considered are guitars, which is not surprising as the guitar is undoubtedly the most popular instrument used in country music.

Although the name Johnny Gimble might not be as popular as others, his music transcends time and continues to delight lovers of country music down to our time. He played the fiddle, and boy was he good at it! He played and toured as a Texas playboy for ten years before he and Willie Nelson toured together. Aside from these, he played and created some classic sounds for more popular artists like Dolly Parton and Merle Haggard.

All the time he toured, played, and created music, he had his trusted fiddle right with him. The fiddle was bought during the Second World War in Germany.

Just like ‘Trigger', this fiddle suffered damage, but the owner refused to throw it away. Instead, Johnny found a luthier that helped to put it back together.

Today, you can have a glimpse of the fiddle at the Bob Bullock Texas State History Museum. 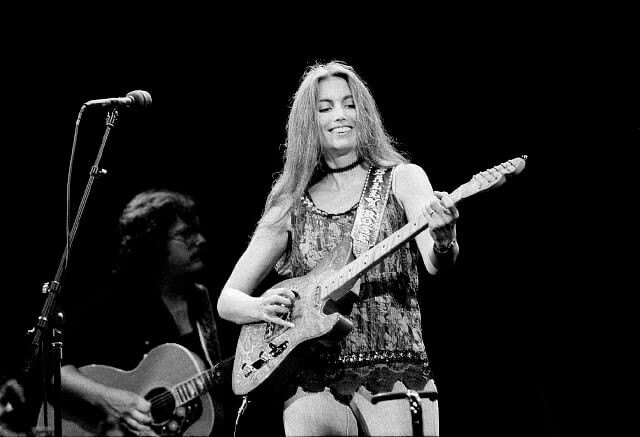 With the aid of this electric guitar, he ushered in the beginnings of mainstream use of electric guitars in country music. It was made even more popular because, in the early 1950s onwards, he played with some of the most popular musicians of the age, ranging from Elvis to Johnny Cash, The Everly Brothers, and others.

Many modern singers have claimed that James Burton's Pink Paisley Fender Telecaster inspired them as well. Some of these include Keith Urban and Paisley. Today, anyone looking to add some electric guitar sound to their music looks up to James Burton and his electric guitar.

We have considered some of the most popular guitars and even a fiddle, but did you know that a Mandolin is one of the most legendary instruments in the history of country music? Well, now you do!

One of the most popular American country musicians of all time, Bill Munroe, used this mandolin to make the music millions of people sing along to. This iconic instrument is one of the most recognizable instruments and most expensive too. It is currently valued at 1.26 million dollars!

The battered, scratched surface is a testament to the age of this mandolin and certainly adds to the legendary story. It has suffered its fair share of troubles as it has suffered smashing by a fire poker, and like some of the legendary instruments on this list, has had to undergo reconstruction after damage.

Today, you can find the million-dollar mandolin at the Country Music Hall of Fame. 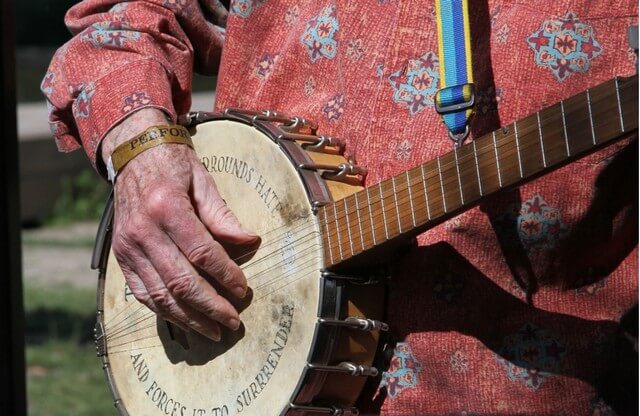 You cannot claim to be a country music lover without having heard about Pete Seeger. His unique brand of music remains appealing to many today, and perhaps no other country musician elevated the banjo as much as he did with his music.

At first, this banjo was an integral part of Pete's commercial success in the 1940s and '50s. Later in the 1960s, the banjo was an iconic part of the Civil Rights Movement of that time. The banjo accompanied Pete wherever he went, and it quickly became a sign of togetherness and the fight against the powers of oppression.

Part of the unique appeal of this banjo is the inscription on it “This machine surrounds hate and forces it to surrender”. Pete's inscription is so appropriate since the original banjo was created by victims of the African slave trade in the 17th century.

Having its origins in the Caribbean, it is a testament to the good fight that the banjo is one of the most iconic and legendary I instruments in the history of American country music. 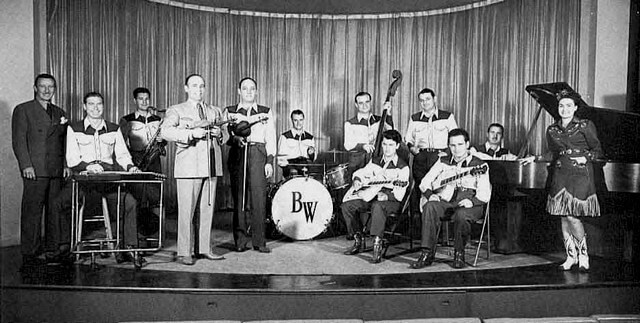 Well, if you think that the modern form of country music is controversial, then you'd likely have apoplexy if you lived in 1944. Now, we debate about whether pop production, loud guitars, and electric sounds can qualify as country music. However, back in 1944, nobody thought that drums were a part of country music.

However, Bob Willis' drummer Monte Mountjoy changed the game and perception in 1944. At the no popular event, he broke out his drum at the last minute of his performance at the Grand Ole Opry.

The Opry was a venue that had plenty of rules, part of which was the exclusion of drums. Monte Mountjoy however held no qualms about adding drums to country music. He rolled out his drum set and played what many consider to be the first use of drums at the venue.

This drumset certainly deserves a seat at the table of the most legendary instruments in the history of country music. 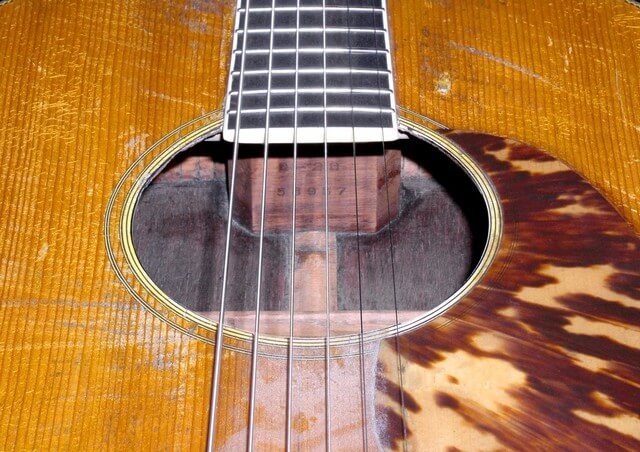 We now move back to the default instrument of country music – the guitar. This time, it is Clarence White's Martin D-28. This is one of the most iconic and legendary instruments in country music, perhaps because of the number of music legends that have laid their hands on it.

This is a guitar that predates the Second World War and as the property of Clarence White later was played by Tony Rice. It is undoubtedly the most iconic ‘Bluegrass' instrument of all time.

This modified guitar didn't suddenly become so beloved. Before it became the legendary instrument it is today, was worked on by several popular luthiers in Texas. 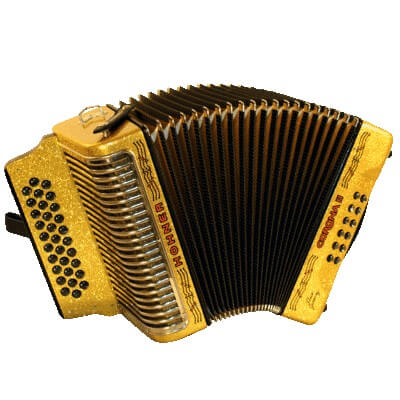 To be honest, the accordion is even less popular than the banjo or fiddle in country music. So how does an accordion find its way into a list of the most legendary and iconic instruments in country music? Well, this instrument was used by Flaco Jiménez. ; Flaco believed in the sound from this noble instrument and brought it along with him as he made way in the industry.

Because of the rarity of an accordion in country music, Flaco made country music even more popular than it was before he entered the scene. He played his trade, so to speak, with the Texas Tornadoes, and in the 1990s, they won a Grammy for their combination of Mexican Conjunto sounds with Texan country music.

And seeing the success of the group motivated more people to collaborate country music with different sounds. Today, Flaco Jiménez and his accordion have worked with Bob Dylan, the Rolling Stones, and other legends of the music industry. 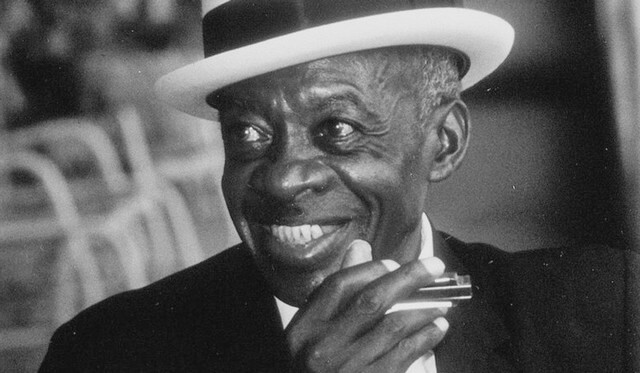 The last but not the least on this roundup is the harmonica used by DeFord Bailey. Bailey is the first man that was introduced to the Grand Ole Opry (which has already made an appearance on this list). Aside from that, Bailey holds the record of being the first African American inducted at the Opry.

His harmonica was gifted to him by his parents, who helped to nurture his passion for music and played a big role in making him one of the inspirations in the history of country music.

He started with and stuck to the harmonica as his instrument of choice. He and his harmonica have performed with big names like Roy Acuff and Bill Monroe. He is the most influential harmonica player of the last century, and it is only fitting that his harmonica has a place on the list of the most legendary instruments in country music.

Country music is a wonderful genre of music and millions of people around the world have a passion for it. If you are looking for some of the most legendary country music instruments in its history, then these we have considered above make the cut. There is so much about perseverance, dedication, and the history of the beautiful genre that these instruments can teach us.